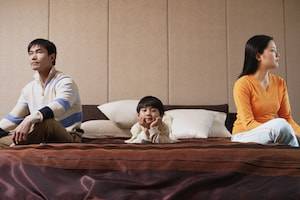 Nobody thinks of the end of a marriage when they get married, and even though the divorce rate in the United States is declining, divorce is still common. The Illinois Department of Public Health reported that 29,331 divorces were granted in the state of Illinois in 2016. Divorces are stressful and emotional, and they become more so when children are involved. When children are a part of divorce, they bring issues with them that need to be resolved, such as child custody, child support, and visitation.

Parental Responsibilities Instead of Custody

The state of Illinois no longer refers to custody of children. Since a new law was introduced in 2016, what used to be known as custody is now referred to as parental responsibilities, and the amount of time children spend with each parent is known as parenting time. Parental responsibility consists of significant decision-making for children, and there are four types of decision-making:

In the event that the parents cannot come to an agreement in determining parental responsibilities, the court will determine the responsibilities that each parent is accountable for. When making these determinations, the court looks at a number of factors, including:

In determining how to allocate parenting time, the court looks at all of the factors involved in determining decision-making, as well as other factors that include:

If you are in the process of determining custody of your child in a divorce, a knowledgeable family law attorney can help you explore your options and determine the best plan of action. Contact the Law Offices of Nancy Kasko, LLC to learn how we can help guide you through the process. Call our Wheaton divorce lawyers at 630-836-8540 to schedule a consultation.

« Modifying a Divorce Decree to Meet a Child’s College Education NeedsAdoption vs. Guardianship »